I recently had the pleasure of sitting down and consuming an entire bag of Doritos (don’t judge me, it was like the $1.69 midsize version) while watching a webinar about the coming Waves of IoT Innovation in the Retail Space. Cue the 50’s retro-cool mansplaining PSA.

It wasn’t really named that, but that was the gist. How IoT is coming to retail, how it is going to change the way we shop, how stores keep stock, and how assets are tracked. I believe in all that, in earnest. However, one key point, one little brain tickle that I couldn’t get out of my mind kept coming up: how can we use the data generated by beacons and IoT devices to push just-in-time ads to customer’s phones?

At some point we have to ask ourselves what future we want to live in. I personally do not want to live in a future where I’m constantly dinged. I think the advertisement industry already takes up too much real estate in the world. After years of telling people that ads support site creators, I finally caved and got an ad blocker. With advertisers battling ad blindness, these ads just started infesting my screen. Popups. Banners. Ads inline with the content that didn’t seem like ads at all until it was too late and my dumb brain forced me to read half of it. It just became too much.

I love IoT for what it can do to make our lives better. I want brands to think carefully about why people love them so much and use IoT in positive ways to cause us to love their stuff even more. I’m very much for you wanting to sell more of whatever it is you make, if you believe in it. If you think Cool Ranch Doritos are awesome to eat as a sometimes food, like I do, and you want more people to share in their crunchy, salty, sweet goodness.

Ahem. I have to eat something soon.

What’s Next For Me: Saving Lives With SUAS 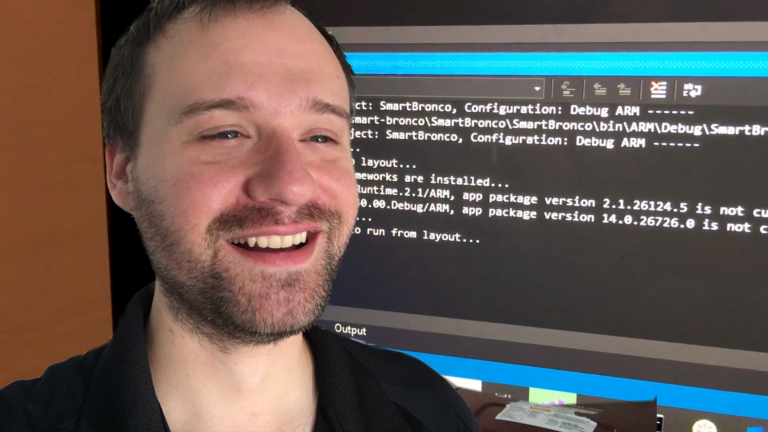